It’s been a big month for 3D printing, but, as far as I’m concerned, every month is a big one for my favorite technology.  As Rachel is away at the TCT Show this week, I’ll be filling in with an Editorial Round-Up for the month.  So, here goes!
To me, one of the biggest events to take place in the industry and in human history was the successful delivery of the Made In Space Zero G Printer to the International Space Station.  After some weather delays, the machine was launched aboard the Dragon Capsule atop the Falcon 9 rocket from SpaceX on September 21 and arrived at the ISS on September 23, where it will soon begin experiments 3D printing a variety of objects in space.  The potential implications for the technology could make off-world manufacturing a reality!… 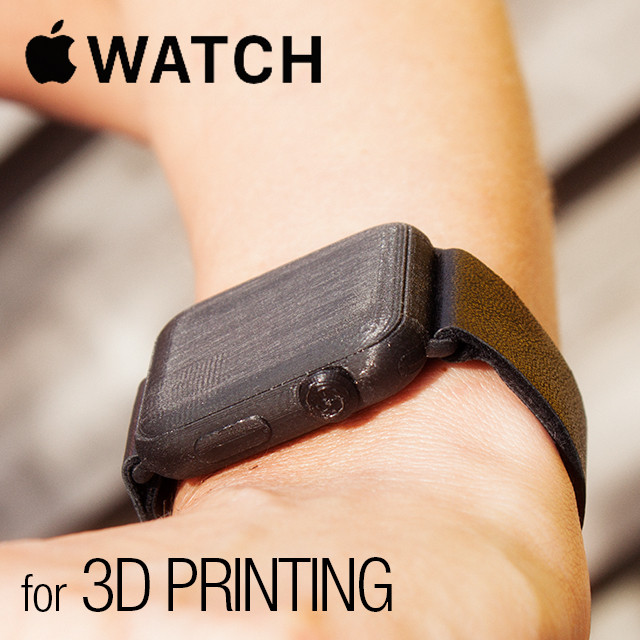 Wohlers Associates, Inc. is widely regarded as one of the leading consulting firms in the 3D printing industry, having 27 years of experience and worked with 150 investment companies and 240 client organizations in 24 countries. And, every year, the firm hosts the Annual Wohlers Conference at the enormous EuroMold show in Frankfurt, Germany, where they elucidate the important trends taking place in the world of 3D printing. This year’s conference is titled “The Truth Behind the Additive Manufacturing Supply Chain”, in which a series of industry experts will be presenting a thorough examination of the major players in the field supplying 3D printers, materials, and services around the globe.…

In only a year bhold, founded and lead by former Google staff member Susan Taing, has rapidly progressed from Susan’s first commercially available 3D printable design the bsnug to become a widely recognised company that has received accolades, including no less than an Editor’s Choice award from MAKE, residence at the NYC Museum of Arts and Design, a video appearance on the New York Times,  and a personal showcase at the Whitehouse Maker Faire in June. bhold’s innovative business model includes bhold Labs, which takes a collaborative approach to community-based design.…

The vision of Massimo Moretti, founder of WASP, the second largest manufacturer of FFF 3D printers in Italy, is beginning to take shape. The shape is that of a 6 metre tall Delta 3D printer, capable of building simple housing units in clay. At Maker Faire Rome this coming weekend, visitors will be able to observe a slightly smaller sized version — at 4 meters, however it is still a giant compared with what has been achieved so far in this field.…

Admatec Europe B.V. is in the process of serious ceramic 3D printing research.  Both installing a Lithoz Cerfabb 7500 machine in their Netherlands facility and working on their own line of 3D printers, Admatec is hoping to become a leader in the field.  And, after developing their ADMAFLEX machine last year, the company claims that it has significantly improved their prototype with their upgraded ADMAFLEX 2.0 model, of which they’ve already manufactured four machines.

The ADMAFLEX 2.0, Admatec says, increases the machine stability and overall accuracy of their ceramic printing process, creating components with a precision of +/- 0.3% or more and surface finishes with a Ra value of 1 micrometer (μm).  With these new improvements, the company is already 3D printing objects for the endoscopy market, which often require short runs in the 15,000 part range that are more economically viable than to produce via injection moulding.  For this reason, Admatec believes that ceramics printing is quickly picking up steam, with specific applications in the microreactor and dental markets, as ceramic 3D printing eliminates assembly steps in microreactor production and opens up design possibilities and increasing production speed in the dental field.…

A team of designers and engineers from Australia and China has launched their affordable desktop 3D printer Rapide Lite on Indiegogo. “When designing Rapide Lite we looked at current 3D printers and what we found was a big gap in the market between the low-end hobbyist 3D printers and commercial quality 3D printers,” says Ethan Hunt, Rapide 3D CEO.

This article Rapide Lite 3D printers Indiegogo got fully funded in one day, early bird prices start at $399 is first published at 3ders.org.

With Legend of Korra being the talk of the Internet after the release of the season 4 trailer, I figured it was a good time to show off some awesome 3D printed Avatar cosplay props. Amon is the evil anti-bender from the series first season and a popular character to cosplay as, due to his dramatic, and creepy mask.

Devientartist Clothbender designs cosplay props and masks to sell through his Shapeways store, over on his Deviantart page, and you can even hire him over on 3Dhubs.…

As the industrialized nations of the world work to ween themselves off of fossil fuels, it will be important to find manufacturing materials that aren’t derived from oil.  UK-based Biome Bioplastics is attempting to get an edge in this important market by creating sustainable polymers made from plants.  And, in seeking to replace unsustainable plastics in the 3D printing industry, they’ve released, at the TCT Show this year, a biodegradable plastic filament called Biom3D, which they believe will adequately supplant other materials made from oil.…